I recently started a zine called "Low Contrast". Its about what its like to be alive.
The first issue is called "This is the story about how everything got ruined", and it is availabe through through me directly, or you can check the monsterdinosaur website for a list of retailers in vancouver (contact me if you would like to carry "Low Contrast").
The second issue, "The Danger of Disappearing", should be available later this summer.
Anyway, these are some of the drawings from the first issue, out of order, and as they originally appear, before being formatted into a zine. Also, i recently made digital prints of several of these, so contact me if you are interested in purchasing any of them. 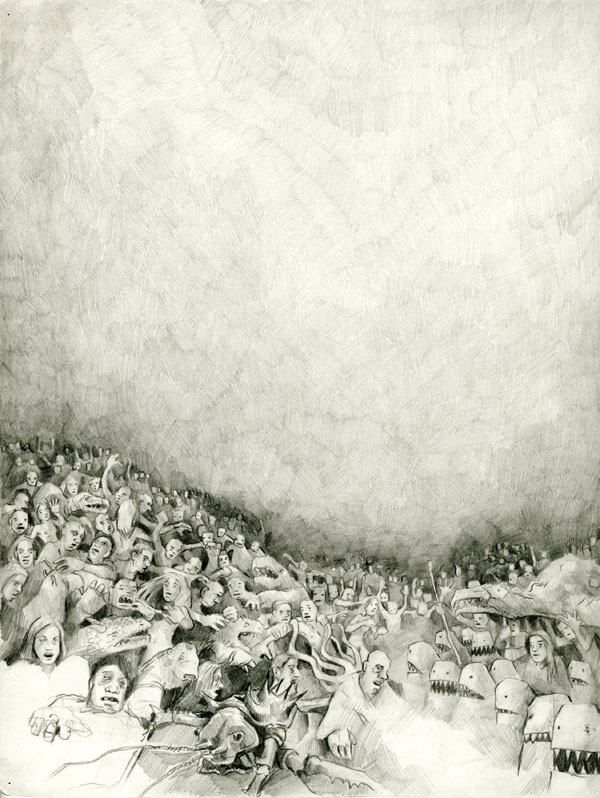 You have to be careful in life or else you end up just another asshole holding up the bird. 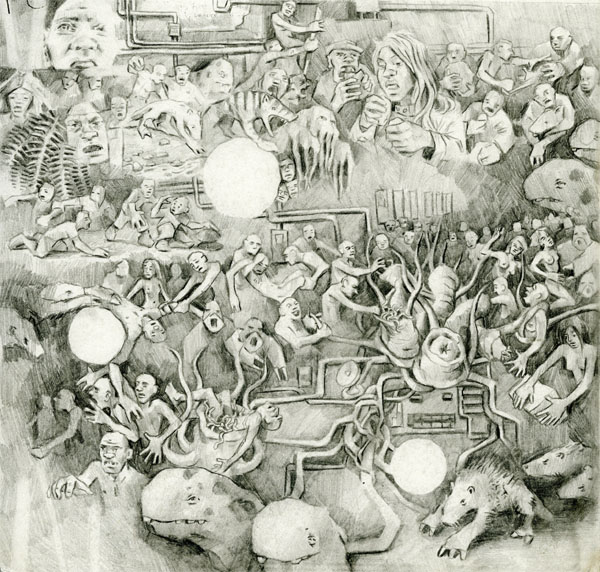 This drawing shows the humans stealing food, and then being interpellated by the althusserian hegemonic state apparatus. 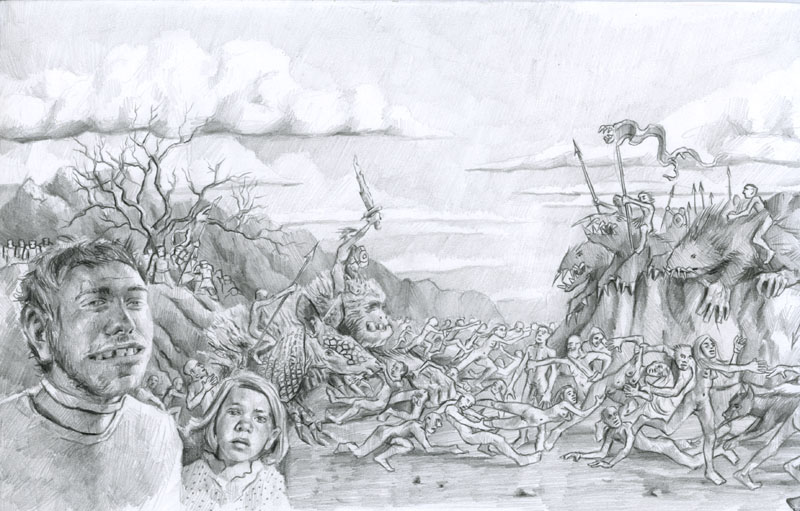 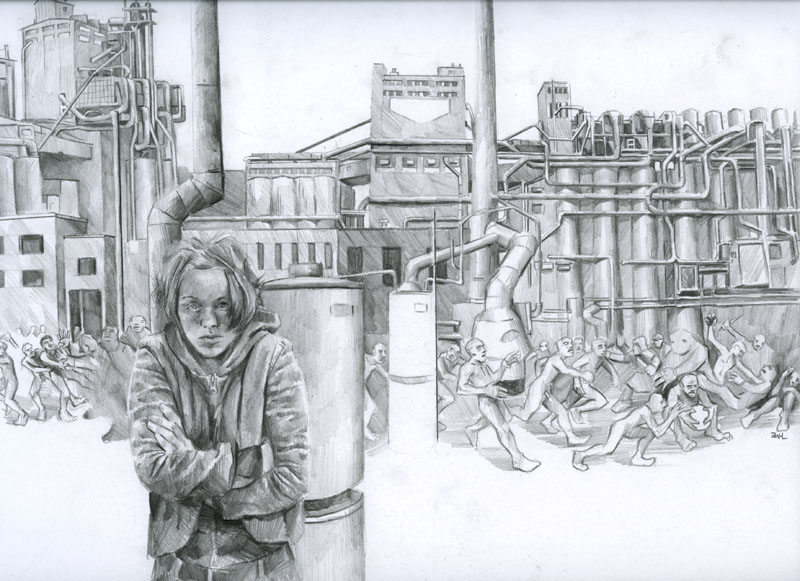 The creatures of low contrast came and took the humans as slaves, and many were killed in the fruitless insurrections 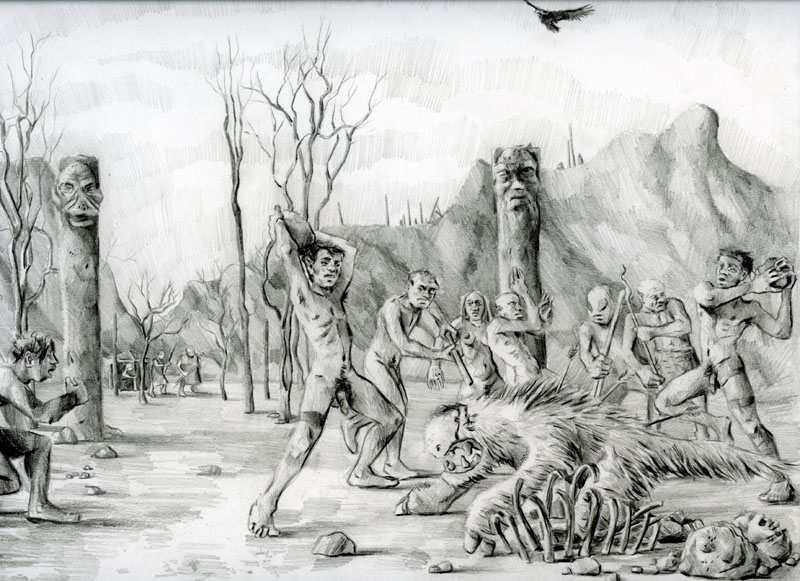 Thousands of years in the desert 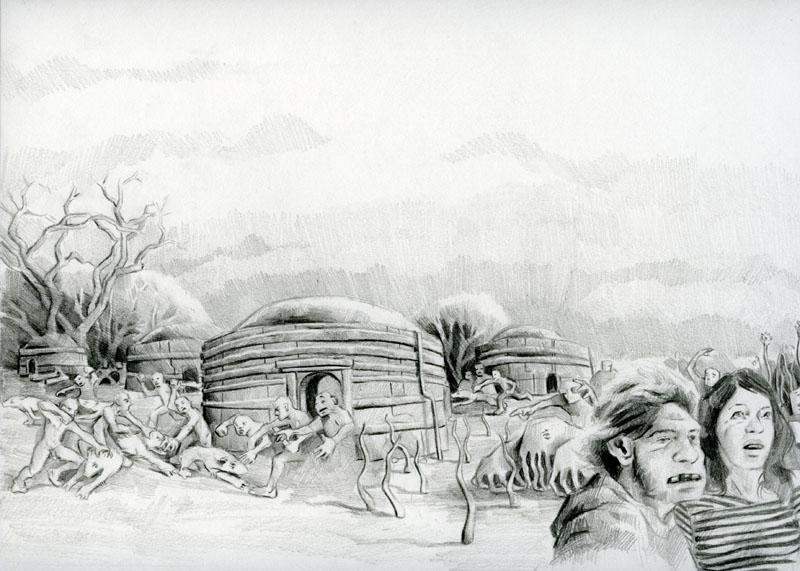 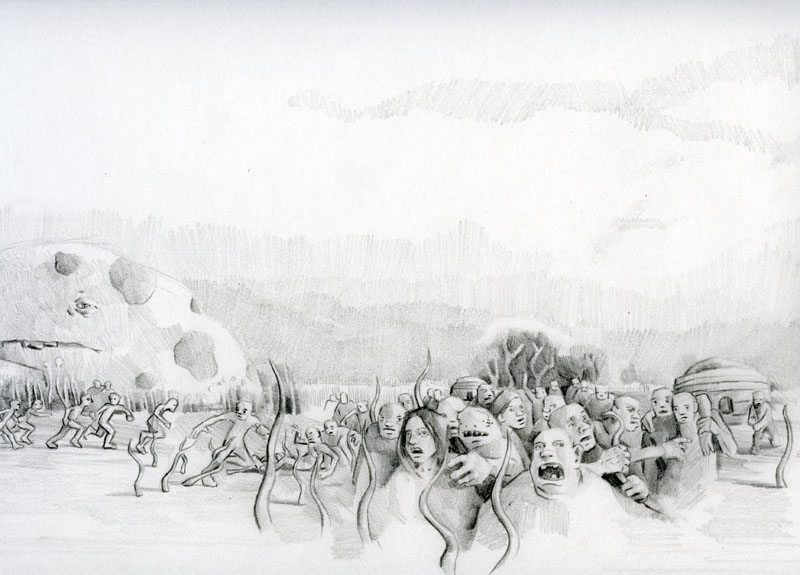 This is a panoramic scanned in three parts. I wont tell you what its about. 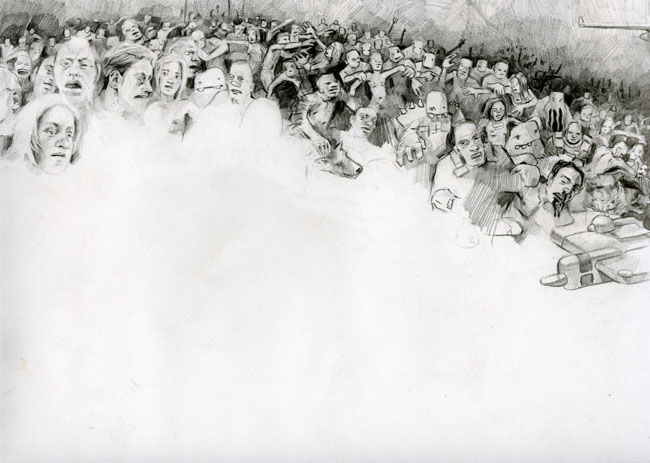 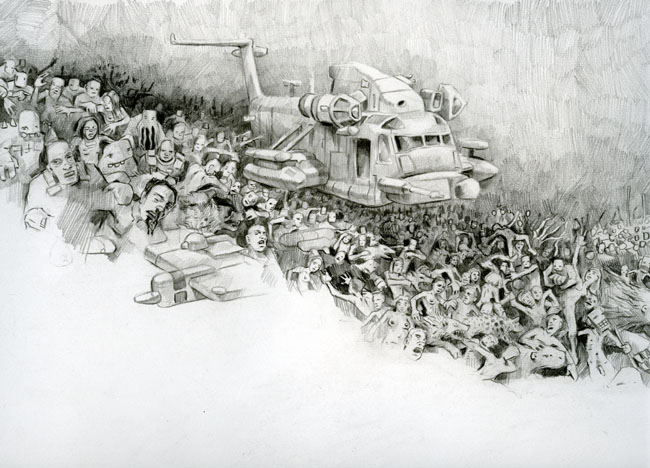 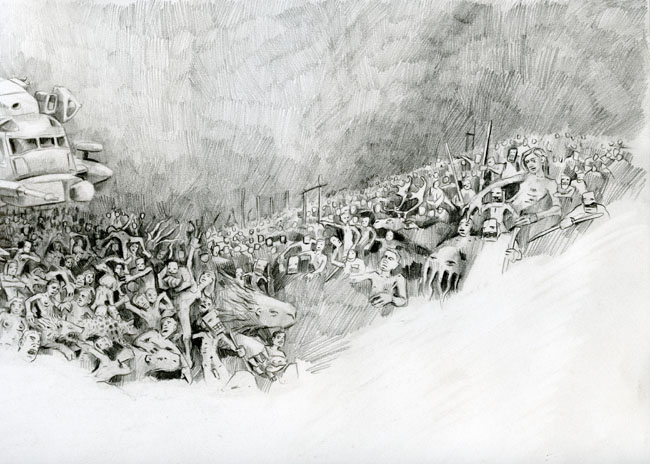 Another panoramic.
I drew most of these, except for parts like the broken down time machine in the middle of this one, from my imagination.
They are all done with a mechanical pencil.